Gut health concepts can be tricky to get your head around. It's especially hard to digest all the technical terms if you don't have a strong background in science or biology.

Prebiotics? Probiotics? Microbiome? Microorganisms? What’s the difference? Where do you start? Luckily, we’re here to lend a helping hand with 10 key terms for a basic gut health glossary.

Simply put, a ‘microorganism’ is any living thing that, on its own, is too small to be seen without a microscope. It is a highly general term that can be used to describe multiple life forms, including bacteria, fungi, parasites and viruses.  This term is often abbreviated as “microbe“.

Did you know? The human body is home to around 100 trillion different bacteria and other microbes. Together, they’re known as your microbiome. The microbiome can affect or impact different aspects of your health in a variety of ways. Find out about your microbiome!

The makeup of the gut microbiota depends on the host. Put simply, it’s not always the same from person to person.

Interested to reveal the unique makeup and balance of your own gut microbiota?  Order a Microba Insight home testing kit now.

Did you know?
The presence of certain gut microbiota can change based on factors that are endogenous (occurring within the body) or exogenous (due to factors outside the body).

‘Bacteria’ refers to a large group of ‘prokaryotic’ microorganisms. This means they’re cells that do not have a nucleus, as opposed to the cells that help to form the human body, which do have a nucleus. While there are many different species of bacteria, they live in one of three types of relations with plants, animals, or humans:

Did you know?
The largest community of microorganisms lives inside our colon, and they are commonly referred to as the gut microbiota. Thus far, almost 5000 different species of bacteria have been identified from the human gut, with new species being discovered as more samples are analysed.

According to the International Scientific Association for Probiotics and Prebiotics:

“A probiotic can be defined as live microorganisms that, when administered in adequate amounts, confer a health benefit on the host.”

A prebiotic is a non-digestible part of certain foods that travel through the small intestine undigested, before being fermented when it reaches the large colon. Examples of prebiotic fibres can include onions and garlic, or the skin of apples.

Did you know?
The process of fermenting prebiotic fibres feeds beneficial bacteria communities (including probiotic bacteria—see above) that can be associated with improved health and reduced risk of disease. However, on the other hand, prebiotic fibres can also worsen symptoms of Irritable Bowel Syndrome in some people, causing gas, bloating, or constipation.

For more information on prebiotics, including what they are, why they are important, and how you can promote prebiotics that are especially beneficial for your unique microbiome, take a look at our article: “What are prebiotics and why are they important for my microbiome?”

Gut flora used to be a common term used instead of gut microbiota. However, it’s becoming increasingly less likely to be used among scientists and researchers because it incorrectly suggests there are communities of tiny plant-based organisms in our gut, rather than microbes.

Gastrointestinal, or often simply G.I., is a term that relates to the stomach and intestines. Your ‘gastrointestinal organs’ can refer to any of the organs in your gastrointestinal tract (being the esophagus, stomach, small intestine, large intestine and rectum), and the organs used to digest food, including the liver, gallbladder and pancreas.

Did you know?
‘Gut’ is a generalist term that is typically used to colloquially refer to any, or all, of the organs within the gastrointestinal tract.

Digestion involves a series of processes within the body to make food absorbable. It can occur mechanically or enzymatically to break foods down into simpler chemical compounds.

Metagenomic sequencing is a highly advanced method for assessing microbial communities, which can identify all the microorganisms in a sample, and sequence all the genes in those microorganisms for their functional potential. By sequencing these genes, you can see what unidentified species of bacteria are capable of, even if the species has never been grown in a lab or studied.

It’s an innovative and powerful approach to identifying microorganisms, and we’re one of the only microbiome testing companies using the approach in Australia. Learn more about this highly evolved analysis technique

Interested to see what your microbiome could reveal about your gut?
Start your journey with a Microba Insight Test Kit. 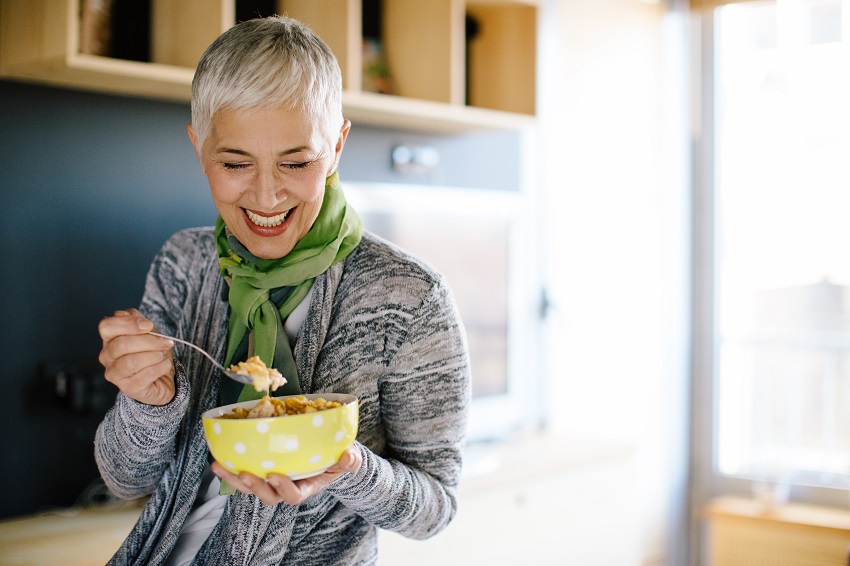 Prebiotics: what are they and why are they important for gut health?

Prebiotics: what are they and why are they important for gut health?